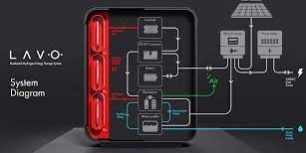 Lavo’s products will be used at HSA’s facility — a “first of its kind trial” in the state — testing the applicability of incorporating Lavo’s technology into HSA’s products.

The companies released a joint statement on Tuesday, saying they would work closely to trial and test applications of hydrogen as an energy source with Lavo’s technology, which has its origins in research at University of NSW. The trials are expected the begin in July.

Lavo has patented a metal hydride system which absorbs hydrogen for storage and later recovery. It plans to begin manufacture of its products in Springfield City, south of Brisbane, in March 2022.

“Our industry partnerships continue to demonstrate the applicability of, and market interest in, Lavo’s hydrogen energy storage solutions and we look forward to developing a longer-term strategy alongside HSA as it commits to developing Western Australia as a centre for renewable hydrogen,” said Alan Yu, CEO of Lavo.

“We are excited at the opportunity to merge our experience and capabilities in hybrid power generation in conjunction with the Lavo technology and see many and varied applications for how we would use it,” added Mike Hall, a director at HSA.

The news follows an announcement earlier this month that LAVO and Duxton Vineyards Group will collaborate on a pilot project using Lavo’s System across DV’s vineyards and winery assets.