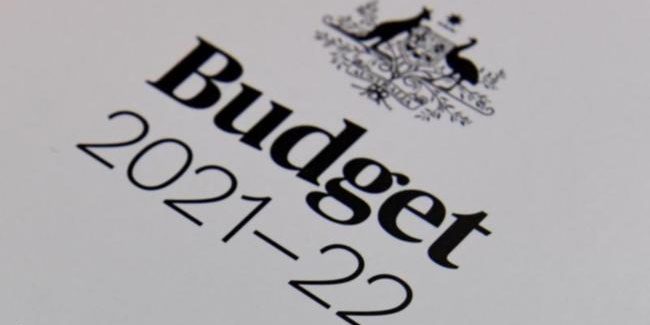 Local biotechnology leaders Cochlear and CSL have both praised the patent box incentive, which their sector has lobbied for for a decade. The measure will see revenue from locally-created IP taxed at 17 per cent, rather than at the 30 per cent corporate tax rate. It applies to biotech and medical, begins in July next year, and “we will consult on expanding it to the clean energy sector,” said treasurer Josh Frydenberg yesterday.

CSL’s chief scientific officer Dr Andrew Nash said the reform was important, and would “help to ensure that the Australia of the future can more easily turn good science into products, professions, and local, advanced medical manufacturing capacity. It is an especially significant boost to the policy environment as the country navigates its way out of the pandemic.”

Sleep monitoring product company Sleeptite said the $17.7 billion committed to the aged care sector in the budget, in response to the Royal Commission into the sector, was to be applauded.

CEO Cameron van den Dungen said the news showed that aged care was finally being taken seriously, “and we hope this support will be able to ensure the industry can finally give older Australians, the care, attention and support they deserve.”

He added that the new Patent Box incentive — budgeted at $206.4 million — would “incentivise Australian medical and biotech companies, like Sleeptite, to not only register their patents in Australia – but manufacture and commercialise their products onshore.”

A good start, but way more to be done: Blackmagic Design

Grant Petty, the founder and CEO of AV technology manufacturer Blackmagic Design, said there were many problems with manufacturing here, describing “the whole landscape as a disaster.”

Petty’s company is based in Melbourne, where it makes some of its higher-margin products, and has offices in the USA, UK, Japan, Singapore.

He described the budget as “a good start,” though “there should be a much bigger approach to manufacturing in Australia, and the approach should include education, quality, legal, unions, business and many other areas that need to all come together in a massive effort.

“It should be a program similar to what NASA did to the US economy in the 1960’s. If a country cannot become a world leader in manufacturing, it becomes a country that cannot think and just depends on a property bubble and inflation to simulate growth.”

Encouragement to diversify manufacturing base: CardieX

Craig Cooper, CEO of US-based Australian-listed wearable technology company CardieX, was positive about R&D and manufacturing measures in the budget, citing his company’s R&D base is in Sydney, CEO, sales, business development and digital development teams in the USA, and manufacturing spread between the two countries.

“Our new devices are planned to be manufactured in Asia, and our sales are forecast to be 95% outside of Australia with the majority in the USA,” he said.

“Incentivising Australian companies to diversify their manufacturing base to decrease reliance on Asia would be beneficial, given the experience of the last 24 months where Australia has seen all too well the downside of centralised market reliance. We are glad to see $1.2 billion being invested to expand manufacturing activity.”

Packaging business Tetra Pak said the budget delivered a pleasing “major focus on job creation and skills development,” which would help drive the digitalisation of the food manufacturing sector, as well as measures that would support capital equipment investment.

“The manufacturing sector has always been – and will continue to be – a key driver of Australia’s economic growth. However, we are in a period in which the sector is rapidly evolving,” said Andrew Pooch, Managing Director for Oceania at the company.

The Australian Industry Group described the budget as forward-looking and displaying a shift from economic recovery to investing in the nation for the longer-term.

“The significant investments in skills and training, alongside the focus on social spending including on aged care and the NDIS, make this a forward-looking Budget,” according to the group’s chief executive, Innes Willox.

“The longer-term budget strategy of returning the Budget to a position of fiscal sustainability built on the growth of the economy, higher levels of employment and a more skilled and productive workforce is commendable. We cannot bank on high commodity prices and strong demand for iron ore to shore up the budget indefinitely and we need to build a more diverse and dynamic economy.

“In this context the Budget’s emphasis on education, training and skills development is positive and necessary.

The Project Management Institute’s Asia Pacific Managing Director, Ben Breen, said there were issues with securing the right talent to manage the current economic recovery. The border closures have put pressure on a small talent pool, with a record number of job ads on SEEK and major projects such as infrastructure building and the vaccination rollout needing to be delivered.

He welcomed what he described as significant funds into higher education, however, “what pleases me most is the government’s investment in non‑university higher education providers with the aim of adding an additional 5,000 Commonwealth supported short course places this year. The future of Australia relies on upskilling today’s youth for the range of jobs that they will undertake in the future.”