Profiles of success: the juggling act of an Australian company trying to save the world The general manager of R&D joined the company in 2010, five years after it began, and the same year it commissioned its first continuously operating plant at Bacchus Marsh.

Calix operates at nearly 20 locations globally, with its major R&D work here and in Europe, and a recent US acquisition. Its revenues are only $14 million, but its zeal for projects with gigantic potential impact is obvious. “Mars is for quitters” reads the front page of its website, along with several mentions of “solving global challenges.”

It has a small portfolio of products around magnesium oxide and magnesium hydroxide, for purposes such as water conditioning in aquaculture, wastewater treatment, and fertiliser/crop protection.

Its foundation is a “flash calcination” reactor, invented by the late Connor Horley, and described as a reinvention of the kiln. Ground mineral particles are indirectly and rapidly heated at up to 950 degrees celsius as they fall through a cylinder. The particles cool quickly, and are made into sponge-like “honeycomb” after they release gas. The massive surface area of the processed materials gives them new and useful properties, which Calix refers to as “nano-active.”

Calix juggles “save the world” projects with real-world ones. Its first sales were achieved in 2013 with a magnesium hydroxide slurry product.

“The reality is that these technologies and products take a long time to commercialise. New product commercialisation is in the order of seven years,” Vincent told @AuManufacturing late last year.

“It’s really important for the business to have a plan to survive those years, so we’re sort of forced to be patient.”

“There was still a step in there for us to develop that process, which was quite difficult, but at least we were going into a market that we knew existed, which was critical. And it’s allowed us then to look at other opportunities for high surface area magnesium hydroxide product that hadn’t been previously explored.”

This magnesium hydroxide work recently expanded with the acquisition of Inland Environmental Resources in the US, which was completed in December and coincided with a $13 million capital raise.

Calix is currently doing a lot of R&D in new battery electrode materials, and opened a new, $2.7 million “BATMn” reactor at Bacchus Marsh in November for this purpose. It is part of the Future Batteries CRC, leads the Advanced Hybrid Batteries CRC-P, and is also part of the ARC StorEnergy Training Centre and the European POLYSTORAGE Training Network.

Another ambitious, long-term project is in carbon capture technology for the cement industry, which creates an estimated 5 per cent of global CO2 emissions.

The EU-backed LEILAC consortium’s work, led by Calix, began in 2016. The process developed builds off expertise in calcining. It reengineers cement and limestone calciners so furnace gases and CO2 don’t mix, and the greenhouse gases can be isolated and stored. The work at Heidelberg Cement’s Lixhe, Belgium site received European Commission backing last year to scale up from 25,000 tonnes per annum to 100,000 tonnes per annum. The commercial demonstration LEILAC 2 will run in parallel with initial LEILAC 1 facility, and will kick off in Q2, says Vincent.

“We are learning to build a modular design that can then be put together with any number of modules to cover the requirements of the cement plant,” he says.

“The other thing that we’re looking at doing there, and a big breakthrough for us as well, is looking at alternate fuel sources to power this thing. That will get a lot of focus.” 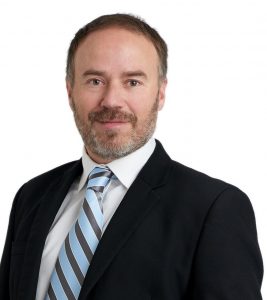 Though Calix isn’t a huge company, it has an impressive collection of IP under its belt. These include a syngas-to-hydrogen “Endex reactor” and a carbon-negative cement-making process it acquired from the UK’s Novacem.

Complicated projects take time, says Vincent, especially at a company that’s not particularly large. It has been important to stay flexible over the years.

“In terms of adapting, I think the biggest thing for us was — well for me it was really about making sacrifices,” he says.

“Projects can be built on time and on budget. And that’s really around having a very solid plan B in place that still protects the central core of the technology and still allows those projects to be delivered.”