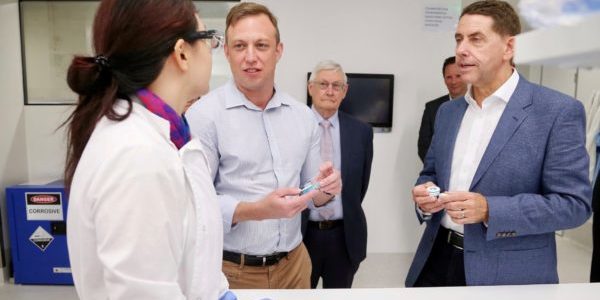 The Queensland government has announced a further $35.5 million in funding for the $80 million Translational Manufacturing facility, citing the need to commercialise more local medical breakthroughs and strengthen sovereign manufacturing.

The support comes ahead of the state budget, to be delivered on Tuesday, June 21.

According to a statement from the Queensland government on Thursday, the new money brings the state’s contribution to three-quarters of the Translational Manufacturing facility, after previously allocating $20 million in June last year.

“With today’s announcement, this facility is now fully funded.”

The Translational Manufacturing facility ([email protected]) is part of the Translational Research Institute. The latter opened in 2013 with state, federal and university funding.

He cited the success of research by Professor Ian Frazer, co-inventor of cervical cancer Gardasil, as an example of the importance of commercialising medical breakthroughs locally.

Frazer has said elsewhere that because of Australia’s limited manufacturing of biological products, large-scale clinical trials and production were conducted overseas.

“COVID-19 taught us many lessons, but among the most important was the need for Queensland to have as much of our own sovereign manufacturing capability as possible,” said Dick.

“This is especially true when it comes to the production of vaccines and other medical treatments.”