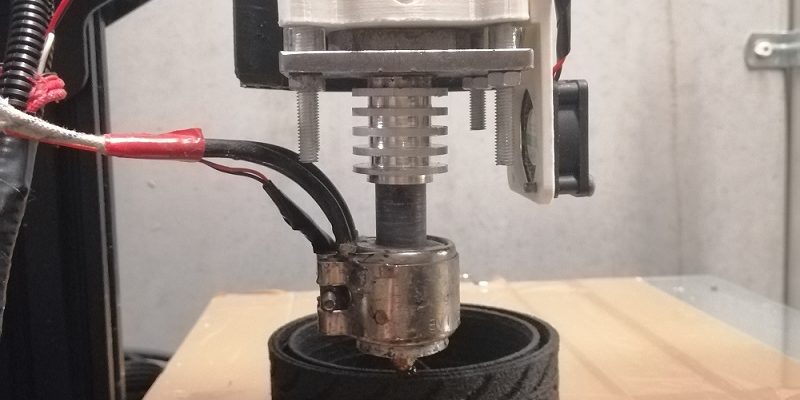 Brent Balinski spoke to Chris Larkin, CEO and co-founder at PolyLab, about the startup’s origins in humanitarian work and its plans to close the loop for rapid prototyping.

3D printing for prototyping can be expensive and wasteful, with a large amount of unused support material and the prototypes themselves binned after they’ve outlived their usefulness.

Chris Larkin, CEO at Polylab, worked at GM Holden’s design centre for a year, and saw many components thrown out during development.

“It would’ve been great to be able to find a way to reuse those materials and create a new product from them,” he says.

Co-founder and CTO Eli Gomez-Kervin also spent a big chunk of his time during university working out how 3D printing could be made less wasteful, as well as a tool to improve lives in developing countries. He was part of a Plan International-Deakin University team that went to the Solomons to fix a leaky pipe network, armed with a solar-powered 3D printer able to create objects out of plastic waste.

The two engineers met and bonded over a shared love of additive manufacturing during a study trip to Taiwan in 2016.

During his final project, Gomez-Kervin was working on a machine that could use recycled materials.

“We’re both in the laboratory helping each other out and we ended up – one morning at 3:00 AM – deciding that there’s probably a business idea here,” Larkin tells @AuManufacturing.

The pair officially began their company in June and are currently going through the three-month Spark Deakin accelerator program. They’re trying to partner with recycling companies in Geelong, and their product – the Eco Pellet Extruder – is at version four, which the pair hope ends up their minimum viable product.

Larkin works two days a week as a research assistant, assisting outside clients with product development. The rest of the week is PolyLab time.

The extruder attachment currently works on a Creality CR-10 desktop printer, and the pair are trying to get their system both working on other common, mid-range printers and lowering the embodied energy involved in creating a print.

“When we turn it back into filament, it actually takes a fair amount of power to do so, and it also requires tight tolerances, which means you might have to run it through again after you’ve done it because it might be plus or minus 0.5 mm — probably too far out for most 3D printers to handle,” says Larkin.

“We’re taking the existing technology of injection moulding and sticking it onto a 3D printer. We’ve designed our screws around the existing knowledge of extrusion screws, which gives us a known metering of material coming out of the nozzle, so we can set it up by just changing the steps per millimeter on a 3D printer to work the same process.”

They are also attempting to make their working prototype more manufacturable. A simpler screw with the same extrusion rate is a work in progress.

The team has worked with granulated ABS from computer cases and have trialled HDPE, polypropylene and recycled car tyres as experiments, but the main plastics it is focussing on are those used for 3D printing filaments, such as ABS, PLA and PETG.

“We want to grind them down and make a circular economy just around that 3D printer filament to begin with,” adds Larkin.

Of the eventual ban on exporting recyclables, Larkin believes that it will hopefully make Australians reexamine their waste, as well as encourage new R&D to reduce or reuse this.

“This is one of the pains that started Polylab: the frustration in knowing we were wasting good material that might not be reclaimed or reused,” he says.