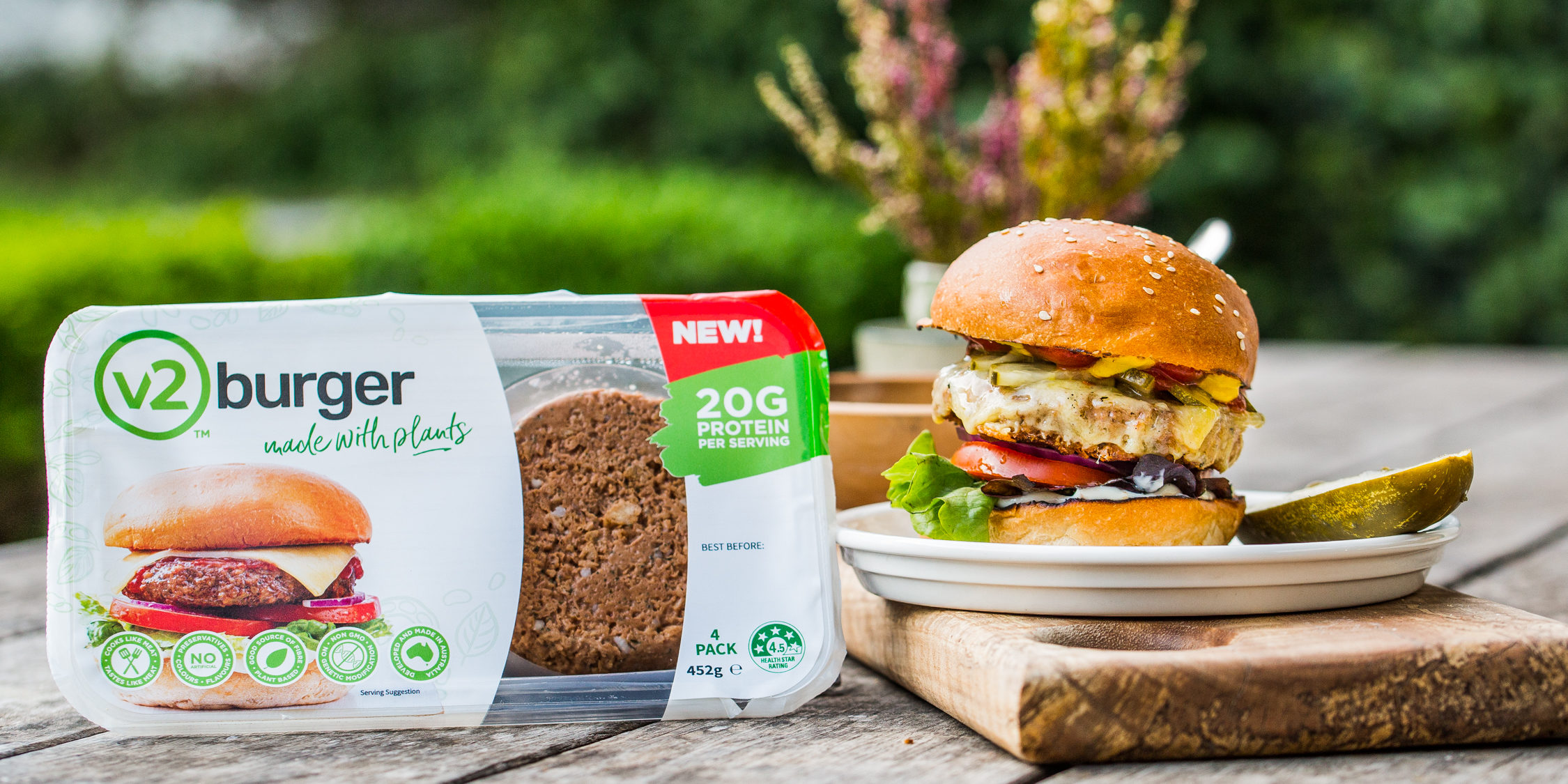 Australian plant-based meat manufacturer v2food has announced a series B funding round of $77 million featuring new and existing investors, which it aims to use in completing its Wodonga factory, building its workforce, and launching new products.

v2food debuted its plant-based meat at Hungry Jack’s hamburgers laste-2019, and since then has rolled out products in Drakes and then Woolworths supermarkets.

“It’s imperative that we continue to scale quickly because this global issue needs an immediate solution,” said CEO and founder Nick Hazell, who pitches the company as answering a projected meat shortage as the global population heads to 10 billion people by 2050, rather than as a competitor to traditional sources of meat.

“As we enter our next phase of growth, we are grateful to have the support of world-renowned investors who share our urgent mission of solving the global food challenge. v2food has had a global view since our founding, and this investment will help us establish our business in Asia, Europe and the rest of the world.”

(Read an interview with Hazell in @AuManufacturing from May here.)

The round brings total funding to $113 million, following a $35 million round announced last November.

According to a statement, new investors in the round included ABC World Asia, Altitude Partners, China Renaissance, Esenagro, Novel Investments and Temasek, and among existing investors are Horizons Ventures, Main Sequence Ventures and Sequoia Capital China.