Volgren to hire 66 to help deliver new buses for Kinetic 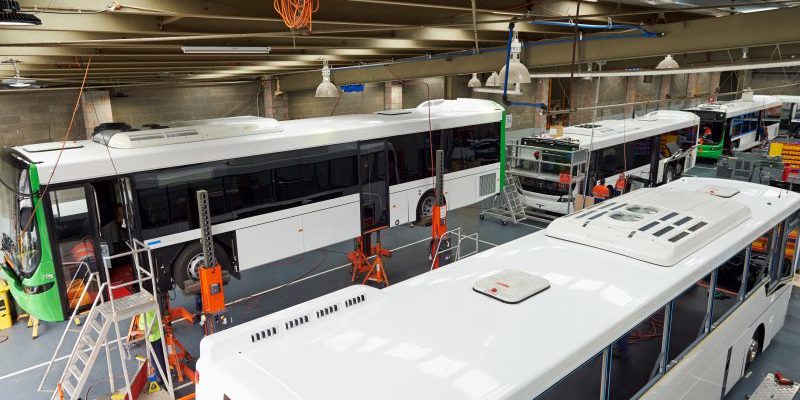 Bus body maker Volgren will add an extra 50 new jobs and 16 traineeships as it begins delivery of zero- and low-emissions buses for Kinetic, which was recently awarded the contract for the Metropolitan Bus Franchise.

Volgren would make 20 of the new hires at its South Dandenong factory by Christmas, said the state government. The electric bus maker will use “almost 90 per cent local production” and roughly 100 Australian suppliers.

“Over the past four decades, Volgren has become part of an extensive and thriving south-east Melbourne manufacturing ecosystem and we plan to build on that by investing in job creation and programs for apprentices and traineeships,” said CEO Thiago Deiro.

According to the release, each bus built sees an estimated 1.5 employees retain their jobs at Volgren and 3.5 in the state’s supply chain.

Volgren built the state’s first permanent electric bus, which recently came into service and is used by operator Ventura across six routes from its Ivanhoe Bus Depot.

Kinetic would introduce five battery electric electric buses to the network by mid-2022, and 36 by 2025, plus over 100 Volgren-bodied hybrids.

Kinetic was announced last month as the franchise operator under a 9.5-year, $2.3 billion contract with the Victorian government, beginning January 31. It plans to replace 341 of the current fleet’s 537 buses with zero or low emission vehicles over the period.

The franchise represents about a third of Melbourne’s public bus network.

According to its website, Kinetic operates 52 contracts in Australia and New Zealand, representing over 3,000 buses. It is the parent company of brands including SkyBus, Sunbus and Telfords.