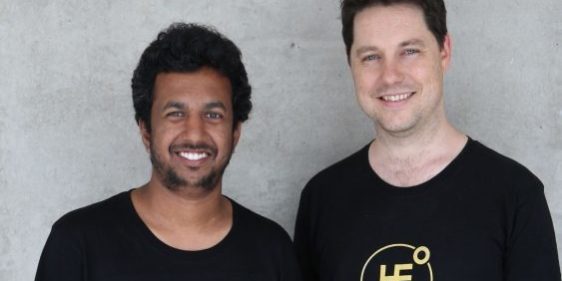 Satellite monitoring company HEO Robotics has announced completion of a seed funding round, which will help it launch an in-orbit inspection product and scale its services.

HEO is a Sydney-based company that uses currently in-orbit earth observation satellites, “transforming them with software into inspection cameras” and providing monitoring and situational awareness for operators.

It currently has access to 25 satellites for this purpose.

“In-orbit inspection is an incredibly important part of keeping space sustainable. One of the easiest ways to reduce debris is to monitor existing spacecraft and either troubleshoot known issues or help predict future failures,” said CEO Dr William Crowe, who co-founded the company with Dr Hiranya Jayakody, HEO Robotics’ CTO.

“As a company that believes in space sustainability, we utilise cameras that are already in space, rather than adding to the congestion.”

HEO says it was already running at a profit, though the seed investment — the size of which was not disclosed — would enable scaling of what it does to help monitor a predicted 40-fold increase in satellite launches over the next decade.

The investment would support the release of HEO Inspect, which is currently used by customers in a private beta. HEO’s main client is currently the federal Defence department.

HEO announced in April that it would be a customer on Space Machines Company’s orbital transport vehicle Optimus-1, to be launched next year on a Gilmour Space flight.