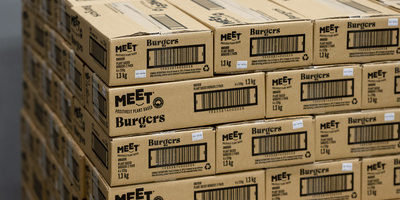 News.com.au reports that the ribbon cutting at the 1,600 square metre site was attended by industry minister Karen Andrews, who said the company was an example of how to “capitalise on Australia’s reputation for producing safe, premium, high-quality food.”

Around 70 per cent of ProForm’s ingredients are sourced from Australia, with plans to increase this. Imported products include soy from the US and mushroom powder from Peru.

ProForm was established in 2008 by former Olympic swimmer Matt Dunn and his father Stephen. The company has reported an increase in demand in the last 12 months, and plans to take advantage of the predicted growth in plant-based meat.

“The focus will be Asia first, then the US and Europe. Once we get to the point where it’s an appropriate time to jump across, we’ll set up manufacturing there too,” the younger Dunn told The Australian Financial Review this week.

As with another promising plant-based meat manufacturer, v2food — which announced last month it had grown its venture backing to $113 million — ProForm has used the expertise of CSIRO food scientists to develop its products.

ProForm currently makes 28 products, and sells what it makes to other companies for their products, as well as through supermarkets under the MEET brand.