Recycling imperative to create winners, but Australians have been reluctant to back innovators 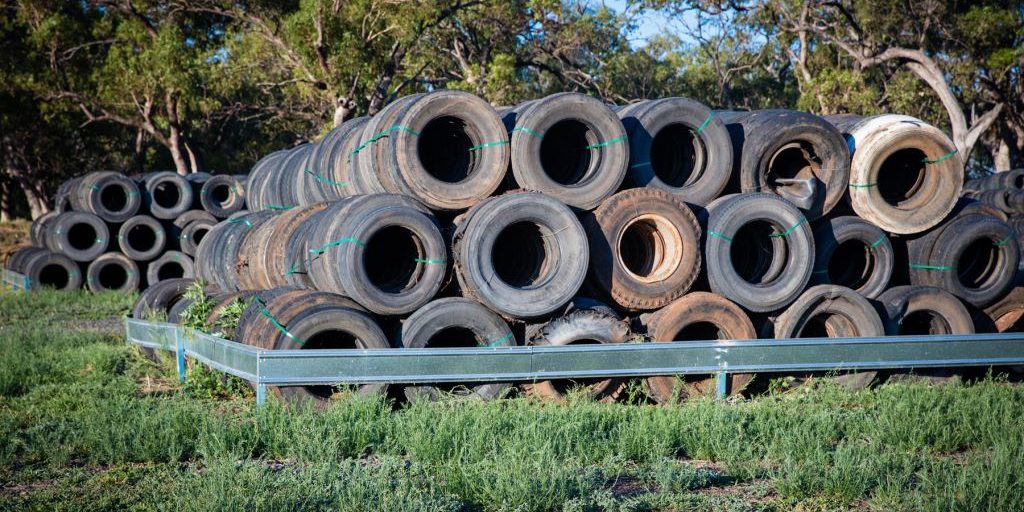 It can take extreme levels of patience to convert nifty inventions into prosperity within Australia. Brent Balinski spoke to Trevor Bayley of GDT about hard it’s been to turn tyres into gold.

Great ideas aren’t easy. Harder still is commercialising them here, according to Trevor Bayley, chief operating officer at Green Distillation Technologies, which has spent over a decade on commercialising a world-first technology for tyre recycling.

Last week GDT announced it had reached a joint venture and licensing deal for its technology with an unnamed company on the United States’ east coast. GDT was established in 2009 to bring “destructive distillation” – also known as the Randall Process (after inventor and CTO Denis Randall) – to market.

GDT says the process can turn a 10 kilogram end-of-life tyre (ELT) into 4 litres of oil (equivalent to light crude), 4 kilograms of carbon and 2 kilograms of steel.

Despite international attention and recognition for the destructive distillation’s cleverness (including a bronze Edison Award in 2015) the years bringing it to market have been frustrating and difficult, slowed by issues such as local investor appetite and a long-running dispute with the NSW EPA before finally earning an Environmental Protection License in May last year. Bayley credits a committed leadership team and its long-term vision in holding the enterprise together.

“We are the same core team, and in my opinion that is what’s kept us going. There’s three of us who were at the beginning and we’re still there,” he tells @AuManufacturing.

“If one of us had gone on to something different, I’m not sure the other two would’ve kept it up. So it’s the team around which this whole thing was built, and because we can emanate confidence to the rest of our people and to the people who come talking to us, that allows us to continue.”

GDT is currently trying to raise another $30 million to support expansion. Its Warren plant, 500 kilometres north-west of Sydney, is running only one of six planned modules, with full capacity supporting processing of 19,000 tons of tyres – meaning 7,360 tons of oil, 7,000 tons of carbon and 2,000 steel. Profitability would be achieved with four modules operating, according to Bayley.

The raise would also support the building of a second plant near Toowoomba Airport, initial production in the US, and a planned prototype plant in Western Australia to process mining vehicle tires.

The company is secretive about its invention, but the process chamber used for separating tyres into usable components is reportedly an “oxygen-free environment” and carefully heated to around 400 degrees Celsius. Randall, an industrial chemist with a lengthy history in oil and other industries, originally worked with agricultural waste before attention was turned to end-of-life tyres. An estimated 56 million equivalent passenger units (EPUs) worth of tyres are discarded each year in Australia, with only a tenth of this currently recycled, and around 30 per cent exported, according to Tyre Stewardship Australia 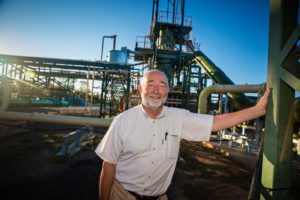 Bayley at the Warren site

The option of exporting waste tyres – as with plastic and paper – to be “recycled” (often meaning burnt as fuel) is disappearing. By the end of next year the export of “all whole tyres including baled tyres” will be banned.

“Scott Morrison was pretty brave,” offers Bayley, adding that there are now two years to figure out what to do with millions and millions of tyres, which we don’t currently have the capacity to recycle. Most recycling is currently in the form of crumbing, and there are only so many playgrounds and sports stadiums that need to be built.

The recycling imperative in Australia will no doubt create success stories. Bayley agrees that there are innovative companies that have been slaving away for years that could finally see their work appreciated and prosper.

“There’s two sides to that coin. If they’re not exhausted, if they’re not worn out by the challenge and they have the financial momentum to take it to the next step, then they’ll succeed,” he tells us.

“But there’s always – I don’t want to say anything detrimental – some smart group of people who come in with the new wheel and they capture the interest of the investment market and they come in in a flurry, build it up to something that has promise but doesn’t bear fruit. There’ll be a few of those as well, I suspect.”

For his company, success has been elusive, and Bayley believes this is one of the trickiest markets in the world in which to develop a new idea. There is the possibility the new US deal could see GDT’s recycling technology making its mark overseas first. Bayley compares this to plastics recycler Licella, which runs a pilot plant on NSW’s central coast but will likely open its first commercial-scale plant in the UK.

A big part of the problem is an investor community focussed on quick returns, according to Bayley.

“The financial world wants an immediate return. They’re not interested in being in the long-term. They just want to come in, raise the value. IPO. Get out. They don’t care about the technology or anything else. I’m being very general here, because there are obviously people who are better than that,” he says, comparing investor attitudes to those in the United States.

“Our ‘have a go’ nature is on the sports field, not in business world… It’s this philosophy [of] lowest prices are just the beginning; in it for the glory, not in it for the long term; quick turnover, quick turnaround, double your money, you can get out. That type of attitude is detrimental to Australia.”