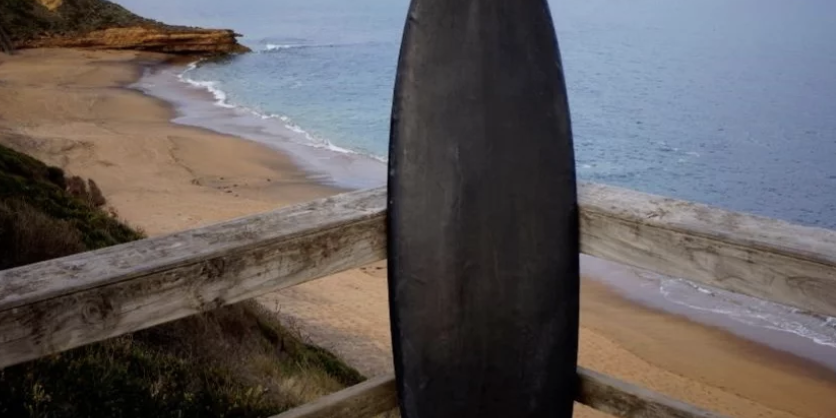 There is a lack of market pull for recycled carbon fibre, which is an emerging landfill concern. Brent Balinski spoke to Filip Stojcevski, a co-founder at JUC Surf, which has found a promising application for discarded material.

Carbon fibre has exploded in popularity since the 1990s, and its environmental benefits — e.g. lightweighting transport to save on fuel — often get a run when the conversation turns to its virtues.

What’s starting to get attention, though, is the environmental downsides of carbon fibre-reinforced polymers. Their creation is energy-hungry, and unlike metals, they cannot be melted down and reused again. This decade the problem will become clearer when the first airplanes using the material end their lives.

“I think everyone was hiding away from the fact that recycling carbon fibre is a terrible issue. I think the stat is 45,000 tonnes [in landfill annually]. It’s like four Eiffel towers a year, but whenever you hear carbon fibre, they always talk about how good it is for the environment, lower fuel emissions, but we’re just not really addressing the issue,” Dr Filip Stojcevski, co-founder of JUC Surf, tells @AuManufacturing.

“I think what’s been weird is it seems that this recycled carbon fibre thing has really struck a chord.”

Stojcevski says there was a strong response last week to an announcement of the startup’s recycled carbon fibre surfboards, reportedly a world-first. He’s fielded enquiries from around the world from customers, and from businesses, including ELG Carbon Fibre, wanting to collaborate.

ELG is one of a growing number of recyclers, and they estimate around 30 per cent of carbon fibre is lost in the supply chain, including in scrap.

Recycling has its challenges, but reclaiming fibres from epoxy (the leading method is pyrolysis) has been possible for several years. As with other recycling, the problem seems to be a lack of customers for recycled goods. As Composites World put it last year, recycling “is capable of yielding a product with mechanical properties very near that of virgin material [but] the composites recycling industry is relatively young and is still in the early stages of developing markets”.

Stojcevski, who is also a full-time Associate Researcher at Deakin University’s Institute for Frontier Materials, says recycled carbon fibre (rCF) can be bought in numerous forms: chopped (between 3 and 5 millimetres), milled, reclaimed fibres, and tissue. JUC uses all of these.

“What we’ve done is literally added all of it in. We’ve added a bit of chopped fibre at a fairly high mixing ratio,” he explains. 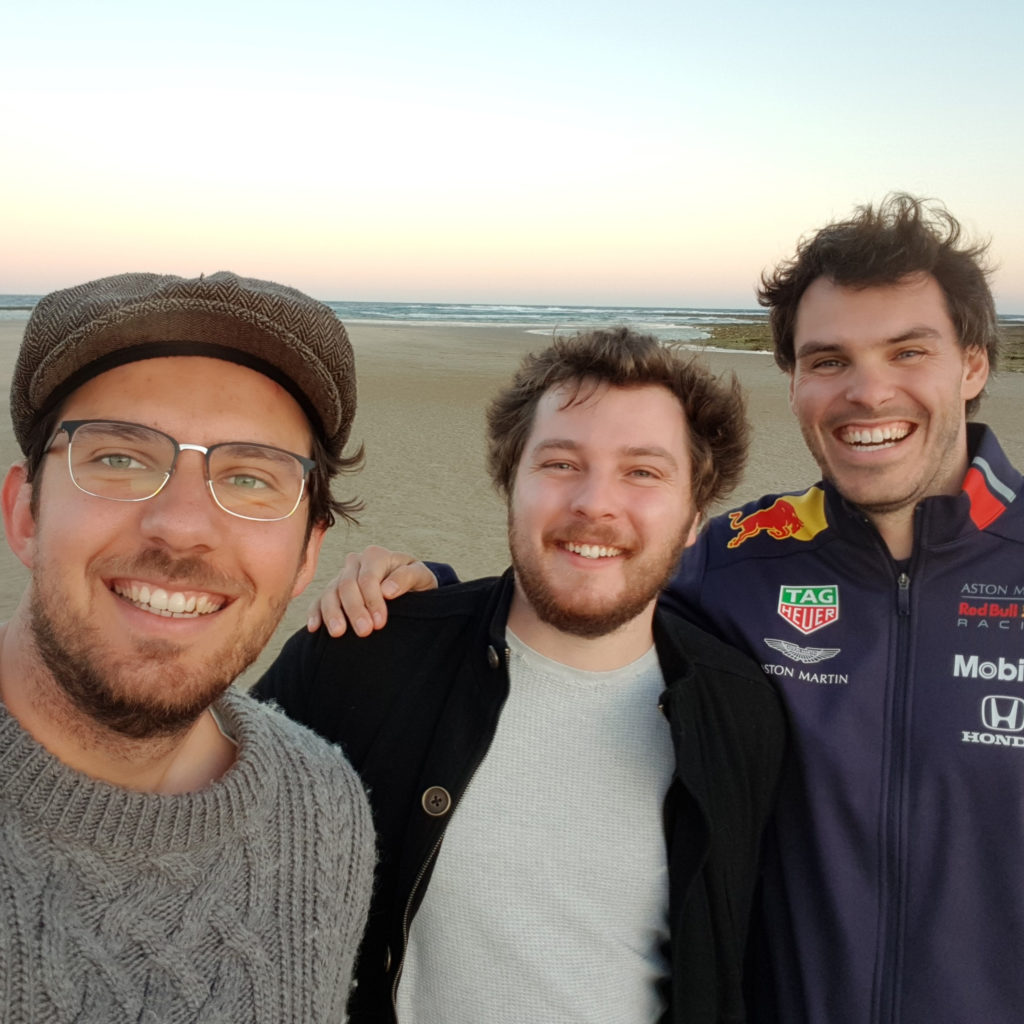 “We’ve got milled fibre to make the resin more tough. And then we’ve got the reclaimed fibre added in localised regions just to stiffen up here and there. We’re just using every single type of fibre that is considered recycled or waste in these boards.”

Some black pigment is added to the resin, but the team is considering leaving this out to make the recycled nature of the boards clear. Their boards use an epoxy resin and EPS cores. JUC says their product matches the flex of e-glass.

Co-founders are Andreas Hendlmeier, who, like Stojcevski, is an aerospace engineer, and James Randall, an organic chemist. Each works under Professor Luke Henderson at Deakin. JUC is one of five teams in the university’s Spark accelerator program this year.

Stojcevski says the team makes a few of the custom boards itself, and would have capacity for three a week if it worked like that, but emphasises the help of renowned local shapers such as Vanda Surf and Hydro Theory.

Stojcevski has been building boards for about two-and-a-half years, and got into shaping while trying to coax an international engineering student — who would rather be at the beach — to pay more attention in class.

“The university wasn’t paying for it. I was paying for it, but I just didn’t tell him. Then the next week he had made friends with it seemed like every shaper in town, he’d had this huge materials list… That’s how we started making our first ever carbon fibre board. 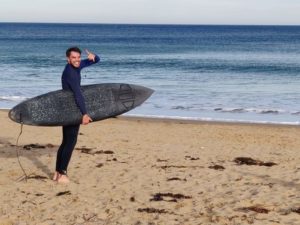 “That’s still in use in France at the moment. And that kind of little adventure made me realise, ‘Oh, maybe there’s an application for this.’”

JUC is planning a potential Kickstarter campaign in around six months, and hopes to get some professional riders to use its boards to drive awareness and development.

There is a possibility of designing other sporting products, but the focus for now is surfing, which “is number one here, bigger than football,” says Stojcevski.

He believes more needs to be done to develop “second-tier applications,” for carbon fibre. For example Carbon Revolution, building super-premium one-piece composite wheels for Lamborghinis, would not be an ideal user for recycled materials. But there are many other applications that don’t demand “spaceship-quality” composites.

“I think for the future of carbon fibre, sustainability and recycling, we’re not going to always be able to use carbon fibre specifically for high-end applications,” he offers.

“This material is still fantastic, but we need to find maybe instead of one high-end application, ten lower applications, maybe surfboards, maybe a few other applications. It could be furniture design, it could be anything smaller, for people that are interested in the look and aesthetic of carbon fibre, but not necessarily needing high-performance attributes. I think that’s the way that we can solve, or at least significantly minimise, the waste that’s being thrown out.”