Plastics recyclers need to emphasise value rather than cost 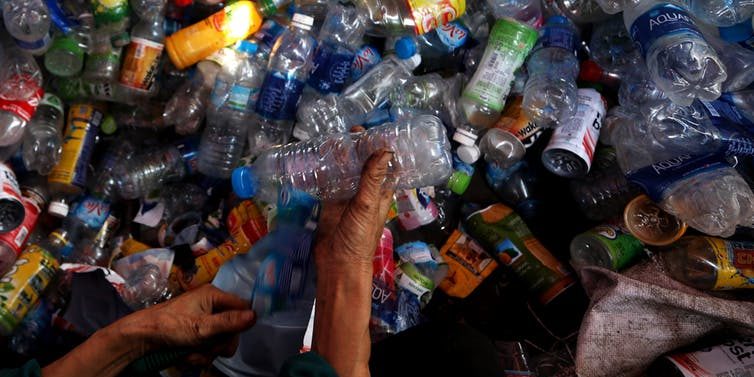 The recent “circular economy” push will fail without significantly more market pull, according to the founder of Plastic Forests. Brent Balinski spoke to David Hodge.

At the federal government level (for example the grant recipients announced in the eighth CRC-Projects round last week) or at the company level (Coca-Cola Amatil’s new Mount Franklin ads featuring a “bin chicken” and the message that bottles are now 100 per cent recycled PET) it’s clear that plastic reuse is a hot topic right now. There’s an identified need to do better than current recycling levels, intensified by an export ban mid-next year on mixed plastics.

David Hodge, managing director at Plastic Forests and a delegate at the upcoming summit, says we’re grossly underestimating the effort and investment needed.

“I think we’re going to see a fair degree of chill come through the bones of the waste industry. I think people are going to realise – and the politicians and the organisations – that we are not going to achieve the goals that have been set as far as not exporting our waste by the particular dates [set]” he tells @AuManufacturing.

“It’s not only the capability of machines. I’ve got a massive amount of machinery sitting there, underutilised. It’s the market pull.”

Hodge’s company is the leader in soft plastics recycling in Australia, creating a range of gardening, industrial and other products using HDPE, LDPE, and polypropylene films. It has been operating since 2010 and is based in Albury.

Its managing director says market demand is the key, and the country’s procurement attitudes need to change if the recycling industry is going to do what governments and others want it to do.

“One of the biggest issues we face in Australia, part of the psyche in corporate culture, is if a piece of timber costs three dollars and you have a product that costs four or six dollars, they’re going to do ‘it costs more’ even if it lasts three times longer,” he says, speaking about a timber substitute dunnage product released last year and the subject of nine years’ R&D.

It is currently in use by CSR to transport products such as plasterboard and fibre cement. According to Hodge, it is pricier than timber, but becomes more attractive if a customer considers environmental targets, superior performance (it does not stain cargo) and overall lifespan. He cites it as an example of a smaller manufacturer collaborating with a larger one, closing a plastic waste loop (CSR collects its disused shrink-wrapped plastic, passes this on to Plastic Forests, who then process it) to the benefit of both.

“You pay more up front but it lasts much longer. But [some customers] say ‘I can’t talk my boss into spending any more money,’” he says.

“But it’s a bit like RM Williams – I’ve got my first pair of boots and they’re 35 years old. And I’ve got four pairs of RM Williams boots and I still wear that first pair. They last forever and are a wonderful product. I don’t have any other pairs from 35 years ago that were made in China or anywhere else.”

This month Plastic Forests released air conditioning mounting blocks, which can also be used to dampen vibration on machinery such as compressors. The product is 100 per cent recycled plastics, using up to 50 per cent recycled soft plastics from RedCycle and up to 10 per cent collected coffee cups from Closed Loop’s Simply Cups initiative, plus some UV stabilisers. 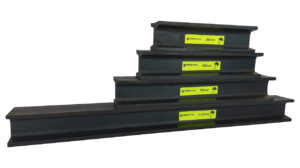 Challenges were around developing the right material blends, the right processes, and delivering dimensional stability. Besides its green cred, Plastic Forests highlights the range’s toughness versus PVC versions, its longevity, and load capacity of 5,000 kilograms per block.

According to Hodge, there is room for governments to help encourage demand for recycled products. He favours advanced tax deductions rather than taxes or tariffs on virgin polymers, plus reporting measures so consumers and investors can choose where to put their support.

“If you spent a million dollars… you get a $1.2 million tax deduction,” he suggests.

“Then the ATO can register that and every year on the first of August can say ‘these are the top 1,000 companies that bought Australian made recycled content product. All the government has to do is look for the top 50 or 100 companies that are actually making recycled products in Australia, then CSR or whoever can put the claim in, the government can cross-match to the recognised Australian manufacturer, it looks like you’ve bought it from China,’ and knock back the claim.

“I sort of said to the politicians ‘You are using other people’s money. It means that when we get to within 10 to 20 per cent price of something that’s imported, then we’re competitive.”

Investment managers could make decisions based on publicly available information on who is doing the right thing, companies could have evidence to support their green claims, and shareholders could grill executives at AGMs if the company wasn’t making enough effort to source supplies using recycled content.

“I think if we could create a green league table that is published by the ATO, we will completely change the mindset of the ASX,” believes Hodge, adding a hypothetical example.

“Investment managers might go ‘we’re now comparing the building sector. X spent $100 million on Australian-sourced and made recycled content, but Y only spent $1 million.’ Then when the CEO stands up at the AGM, the mums and dads can go ‘Look, mate, your opposition is a lot more sustainable than you.’ Make a league table so there can be a carrot and a stick.”