What is the construction industry trying to learn from advanced manufacturing? 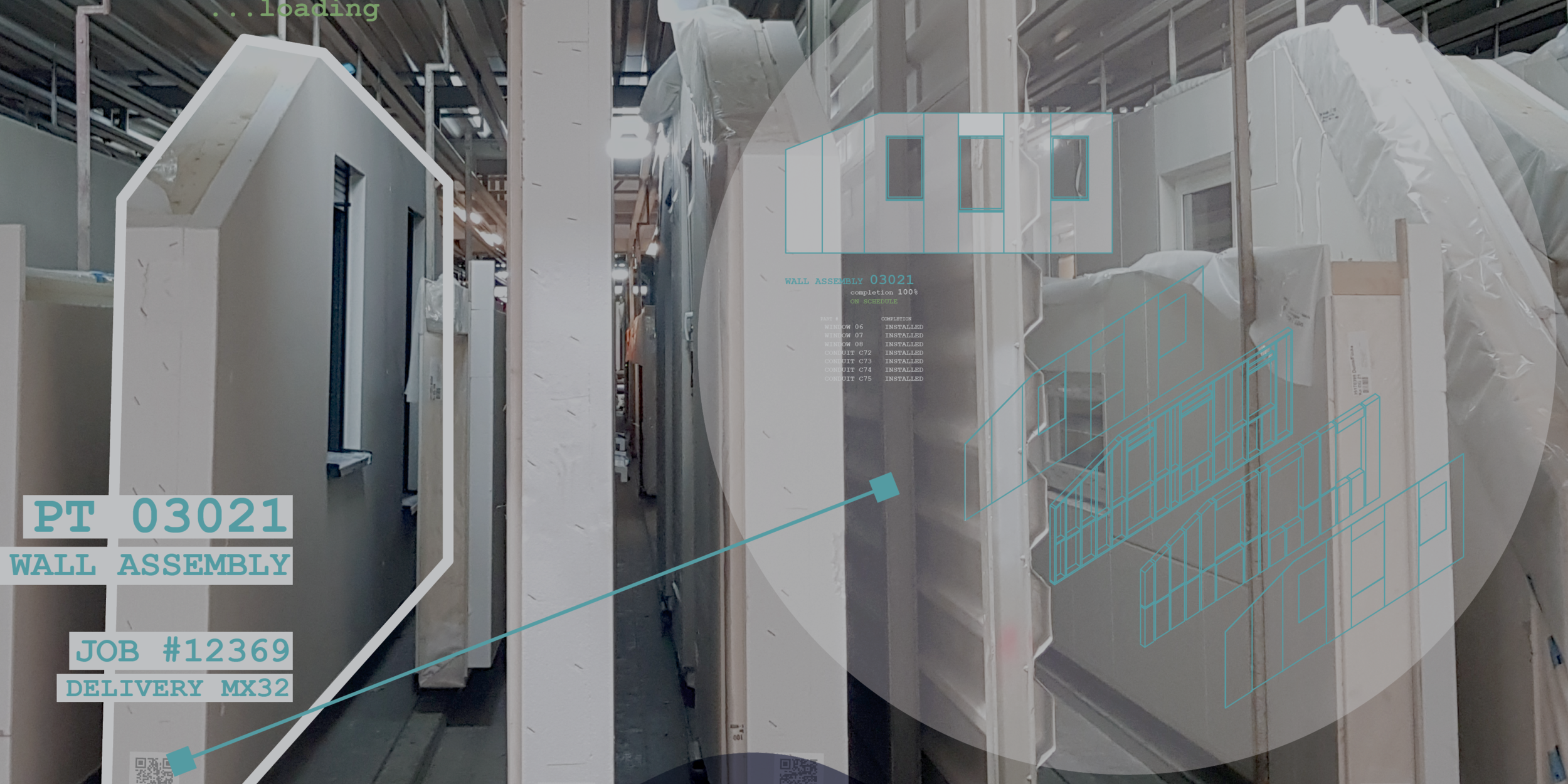 Techniques borrowed from the world of manufacturing could make the building industry more “efficient, connected and customer-centric.” Brent Balinski spoke to Monash University’s Professor Mathew Aitchison about the topic, as well as why prefabricated housing is a tricky business.

Those who study it have sometimes lamented the low levels of productivity growth and technology adoption within the building sector.

While factories and other workplaces have been on the Industry 4.0 path in the last decade, wrote Mark Buehler of the World Economic Forum, “the construction industry has continued to operate as it has for the past 50 years.” It still gets by largely on “manual labour, mechanical technology and established operating and business models.”

A blunter assessment comes from Andrew Harris, head of Laing O’Rourke’s Engineering Excellence Group. He has said the $15 trillion construction market is “the last great undisrupted sector” and “still builds buildings the same way they were built 5000 years ago.”

It’s difficult to answer exactly why productivity is lagging other sectors the way it is, says Professor Mathew Aitchison, director of Monash University’s Future Building Institute. This is due to a lack of good available information – which is itself a contributor to the issue.

“This is absolutely not like a manufacturing industry where Toyota could tell us exactly, to the gram, how much steel would be in one of its cars.”

He ventures that other contributors to sluggish productivity include R&D concentrated among the bigger companies (in an industry where there are 345,000 SMEs in Australia alone). For the smaller operators, margins are low, they lack long-term supplier agreements, and the level of churn is huge – not exactly the conditions that encourage investment in innovation. Recently, some builders have started modernising, and they’ve been looking to the manufacturing world for solutions, for example through adopting design for manufacturing and assembly, as well as technologies like robotics and 3D printing.

It aims to continue this move towards techniques associated with manufacturing, and to help make the building industry more “efficient, connected and customer-centric,” with associated economic, environmental, quality and other benefits.

Aitchison believes the product lifecycle management (PLM) approach adopted by manufacturing could yield a lot of lessons. Looking at all phases of delivery holistically, with collaboration and information-sharing across teams, should be valuable.

“Underpinning that whole system with a sophisticated management system or software platform is something which we have to learn from advanced manufacturing,” he says.

“The approach that manufacturing would generally take direct its staff, and the way it organises its workforce, is again another thing we can learn a lot from.

“And it seems to be straightforward to assume that they are potentially valuable in our industry, particularly because we are coming from such a low base.”

In early projects, a building made through PLM software might look exactly the same, but a sophisticated back-end for design, building and maintenance will underpin it, and provide a much better way to collect and use project data. 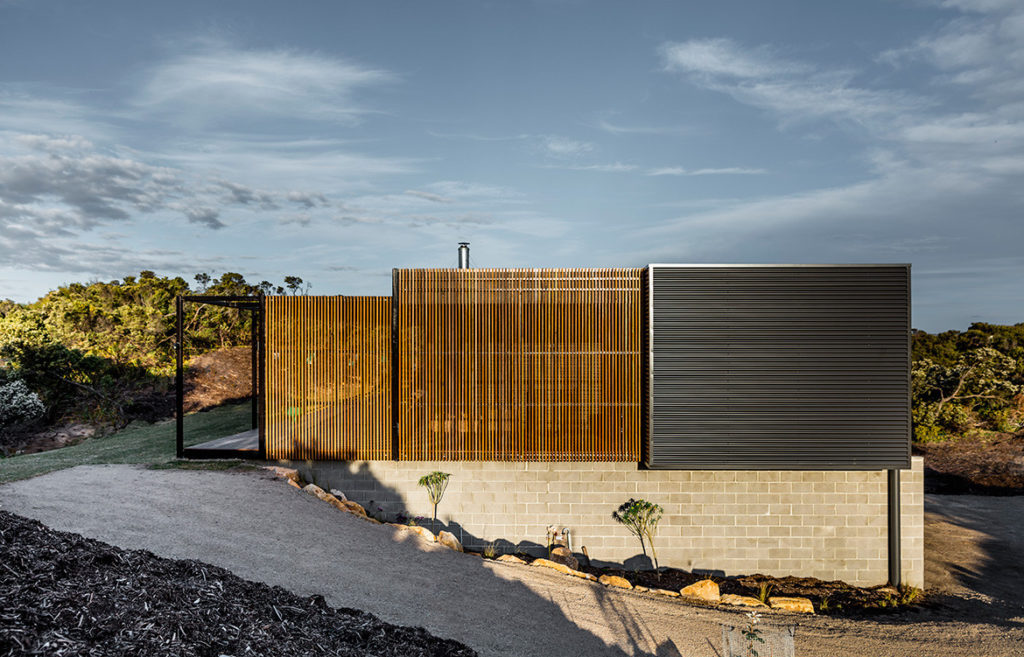 Besides data management platforms (Building Information Modelling adoption has increased greatly in recent years, and has offered increasingly rich representations of projects) another potential source of productivity improvements is in modular and prefabricated housing.

According to industry minister Karen Andrews, who announced a feasibility study into a prefab hub in June, the sector has the potential to row from 3 – 5 per cent to 15 per cent of Australia’s construction sector by 2025 and create 20,000 new jobs.

Prefab housing and interest in its economic and environmental benefits are not new, but there have been significant barriers to uptake in Australia and the rest of the world. Aitchison counted 17 of them in his book, Prefab Housing and the Future of Building, released last year.

One major issue is high capital expenditure and operational costs against the low-overhead, low-tech building industry.

“What most companies start out  thinking, is that through this industrialised process they can churn out cheaper products with those factories and with those overheads than their competitors. But one of the issues that we have found is that a lot of companies are not actually able to produce a product that is cheaper, especially in the first few years of operation,” he says. A prefab hopeful is up against that from the beginning.

Prefab housing is part of a suite of opportunities available to the sector, but not the only one, believes Aitchison.

Other opportunities will be explored by the CRC if its bid is successful. In the meantime and beyond, manufacturing – a sector that has proved a goldmine of ideas for upping productivity elsewhere – will be a source of inspiration for how the construction industry might lift its performance.

“What we’re trying to do here is really work out what lessons from advanced manufacturing and indeed, what lessons from Industry 4.0, that construction and the wider building industry should take on,” offers Aitchison.

“And what lessons it should not take on is an equally important question.”

For more information on the proposed Building 4.0 CRC see here.