Australian companies need to get more competitive by design 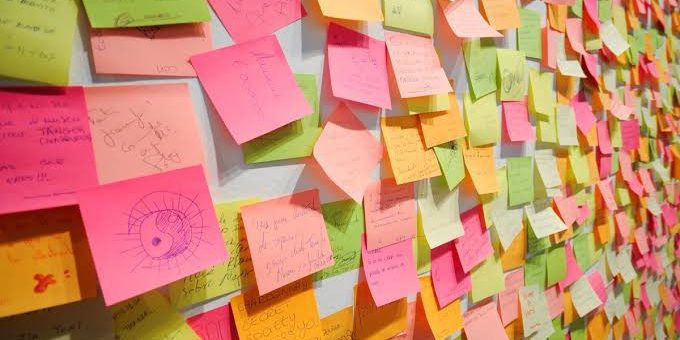 From the country’s woeful economic complexity rankings to building a better mousetrap, design can offer solutions. Brent Balinski spoke to Dr Brandon Gien, founder and CEO of Good Design Australia, about the topic.

Do you hate the word “innovation”? You’re not the only one.

The “Ideas Boom” era left soon after it arrived, and despite innovation itself never becoming less important, the word arguably lost a lot of its gloss straight after the 2016 election.

“The term has confused a lot of people, I think. Probably within government as well. You’d probably see that no one’s really talking about innovation, as much as they were under Turnbull,” Dr Brandon Gien, founder and CEO of Good Design Australia, tells @AuManufacturing, adding that the word annoys him because innovation can’t properly be discussed in isolation from design.

“Design is a thing that actually turns an idea into an innovative outcome… A design-led approach or a design-led innovation is really where people should be focusing more attention, because it gives innovation context. It is an enabler of innovation.”

Consider design-led thinking/design thinking. It’s an iterative way of solving problems, commercial or otherwise, involving (but not always, depending on who’s doing the explaining) five steps. They aren’t followed in a linear order and don’t represent a hierarchy. These steps are: empathise, define, ideate, prototype and test. 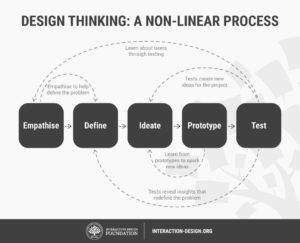 The design-led way of problem-solving gets prejudgements about what a user wants out of the way, and it figures out as much as it can from a user as a product or service is developed.

There is evidence to say it’s successful. Amantha Imber, CEO of Inventium – which judges the Australian Financial Review Most Innovative Companies competition – observed of the top ten vs bottom ten companies this year: they were 62 per cent “more likely to bring customers into the innovation process to identify relevant problems to solve” and were 72 per cent more likely “to involve customers towards the end of their innovation process – during experimentation.”

Good design sounds simple – know what your customers’ problems are and answer these – but it’s generally underappreciated, believes Gien.

There are fantastic examples of the approach done well, as highlighted by his organisation’s Good Design Awards.

Design-led innovation is also be a way to address the issue of Australia’s poor economic complexity results, which have gotten a fair airing lately. We have, as it’s been reported, a similar export profile to Angola. This could be improved through producing and exporting more globally-competitive, elaborately transformed products.

“If you use that design lens, that allows [companies] to design and manufacture a more user-centered and appealing product that is going to have global appeal. Design’s the thing that allows that to happen,” Gien explains.

“The challenge is not everyone’s doing it, because they don’t actually understand design… They see it as, ‘Oh, maybe it’s something that we could add on to the end of the product, or make it look good. Maybe look at the packaging, or the branding.’ It should be seen as a core strategy, in terms of allowing businesses to be competitive. And without that, I personally believe they’re going to struggle.”

Among Gien’s roles is a position as President-Emeritus of the World Design Organisation, Adjunct Professorships at the University of Canberra and University of NSW, and chair of the annual Good Design Awards. 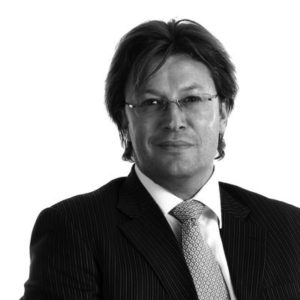 “A design-led approach or a design-led innovation is really where people should be focusing more attention, because it gives innovation context.” – Dr Brandon Gien
Picture: https://good-design.org/speakers/dr-brandon-gien/

Based on satisfying the measures used, the top quartile of performers also outperformed their industry by 32 per cent based on revenues and 56 per cent based on shareholder returns. A clear advantage for those serious about design vs the others was evident in the three sectors tracked, particularly medtech.

The top performers? They appreciated and tracked their investment in design, “financially understood that design is a top-management issue, and assessed their design performance with the same rigor they used to track revenues and costs.” They understood design is not some add-on, a piece of decoration, or a bit of branding.

Appreciation of design within Australian manufacturing has been described as mixed. The preponderance of smaller SMEs could have something to do with it, and the topic can get perceived as a luxury, something far less importance than keeping heads down, bums up, and doors open.

“And design actually impacts at all those levels. Then we can turn that conversation around, from day-to-day survival to actually turn the business around and into a much more successful, much more competitive business.”

Gien was part of the Australia on the Futures Stage panel at last week’s Singularity University Australia Summit.