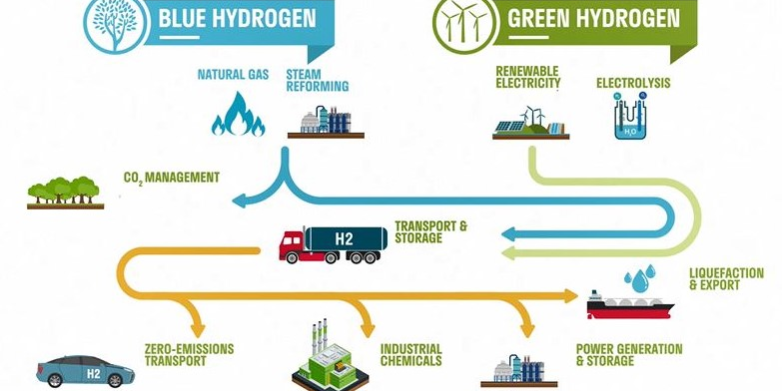 Research from the Australian National University has found that the nation’s lack of distinction between so-called “blue” and “green” hydrogen could lead to a new industry that just adds to greenhouse gas emissions.

Australia’s hydrogen strategy discusses “clean hydrogen” but does not separate green (from renewable energy-powered electrolysis) and blue (derived from coal or natural gas, with carbon capture and storage or CCS.)

ANU researchers say that fossil-fuel derived hydrogen, even with CCS, “could establish a hydrogen industry that actually leads to an increase in emissions…

“Mature CCS technologies could avoid between 50 and 90 per cent of the emissions, but they are expensive, and become more expensive as the capture rate increases,” said Dr Thomas Longden of ANU’s Crawford School of Public Policy in a statement.

Creating a new hydrogen industry based on fossil fuel sources and CCS could mean “locking in a new fossil fuel industry with significant emissions,” said the School of Engineering’s Dr Fiona Beck, who also co-authored the paper published in the journal Applied Energy.

“Hydrogen made from natural gas leads to more fugitive emissions – methane that is leaked into the environment during the extraction and processing of natural gas – compared to just burning natural gas directly.”

Methane is roughly 25 times as potent as a greenhouse gas compared to carbon dioxide. Australia is a non-signatory to the recent Global Methane Pledge, signed by over 100 countries and aiming to cut methane production 30 per cent by 2030 against a 2020 baseline level.

“‘Clean’ hydrogen? – Comparing the emissions and costs of fossil fuel versus renewable electricity based hydrogen” can be read at this link.