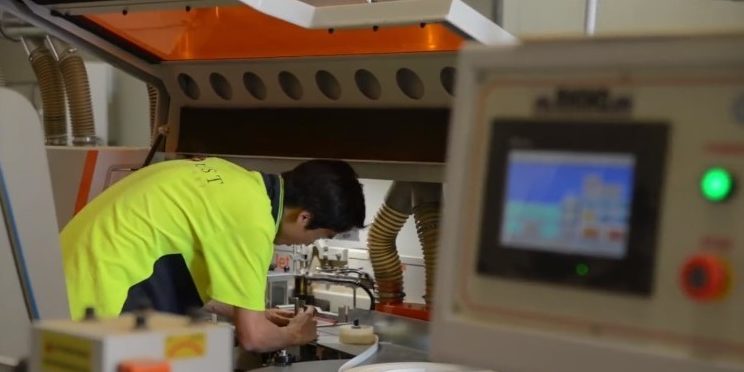 Recent weeks have seen a renewed focus on supporting Australian made goods. From the industry minister — citing a “groundswell of community support” for locally-produced stuff — downwards, there’s hope consumers and businesses will open their wallets to Australian companies, creating local jobs in the process.

Not everybody is certain it will work out that way, that shoppers and procurement staff will be guided by anything other than dollars and cents in the long run, and that the short-term goodwill will translate into habit.

“I’m probably not as optimistic. I remember when I was at Holden and I worked for project planning — you oversee the whole company,” Louie Liu, business development manager and co-owner at MS&MR Kitchens, tells @AuManufacturing.

“One thing you’d always hear, and I hate to say this… [was] ‘we want good quality. We want good service.’ But half of the time we don’t want to pay for it.”

That’s not to say Liu doesn’t see the virtue in sourcing locally. His company buys all its raw material from Australian businesses, with a few European-origin exceptions. The emphasis on local suppliers has strengthened this year, he adds.

Liu’s firm does residential and commercial joinery and stone manufacture, with sales, service, measure, design and installation. He joined in 2015, after roles including project management roles at Holden and Vipak, and partnership in a company exporting lamb and beef to China.

During the pandemic his business opened its fifth Melbourne showroom, in Hawthorn, and is looking for a site for its sixth. Liu estimates a headcount of between 50 and 60 across the sites and factory.

He puts growth down to what he calls “a younger mindset” and a willingness to try new approaches in leadership and management, staff development, and logistics, as well as a focus on quality and service.

He cites a three-month training period covering all the parts of the company before general sales personnel get on a job, and regular upskilling for staff. 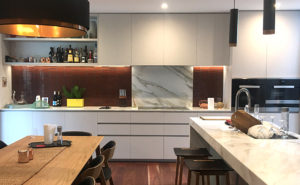 Most production machinery is imported from Germany, for reasons of quality, and according to Liu there is a passion for detail in what gets made.

“Our real advantage is looking into the details of craftsmanship as well,” he says.

“It doesn’t matter how good the raw material is. I can give you the best lobster in the world, but if you can’t cook, you can’t cook.

“We’re looking to that European sort of model, where the knowledge, the service and the quality matters more [than price.]”

These are where it makes sense to compete, as many commentators have suggested.

As for a possible Australian shift away from cheaper imports, Liu believes it’s wrong for manufacturers to plan their futures around it.

There has been a recent souring in public attitudes towards trade with China — our biggest trading partner — following its recent action against Australian barley and beef after after the push for an independent inquiry into the Covid-19 outbreak.

A Lowy Institute poll of 2,448 released last week — taken in the second-half of March, before China’s import retaliation — found 94 per cent of Australians wanted to reduce economic dependence on China.

The owners of MS&MR Kitchens — Liu, Ben Li, and Shiping Li, who founded the company in 2003 as a stone fabricator — are as curious as anybody else about what it all means for Australian manufacturers. They not only run a manufacturing company with an emphasis on local content, but are also Chinese immigrants.

“Just because everyone’s saying, ‘look, China or whoever’s no good, let’s not buy their product,’ that’s not a long-term strategy… The tension’s going to ease off some day,” he offers.

“As far as the whole anti-import thing — first of all, I do see importing being good competition. It’s almost a warning bell for us all the time to say, ‘Look, you need to improve. You need to move. You can’t just stick to what you do because other people are catching up.’

“You need to have some sort of advantage in servicing your local market. And if you don’t, it means there’s something we’re not doing right.”