Saving through smarter energy use: The Melbourne company taking the stink out of waste-to-energy 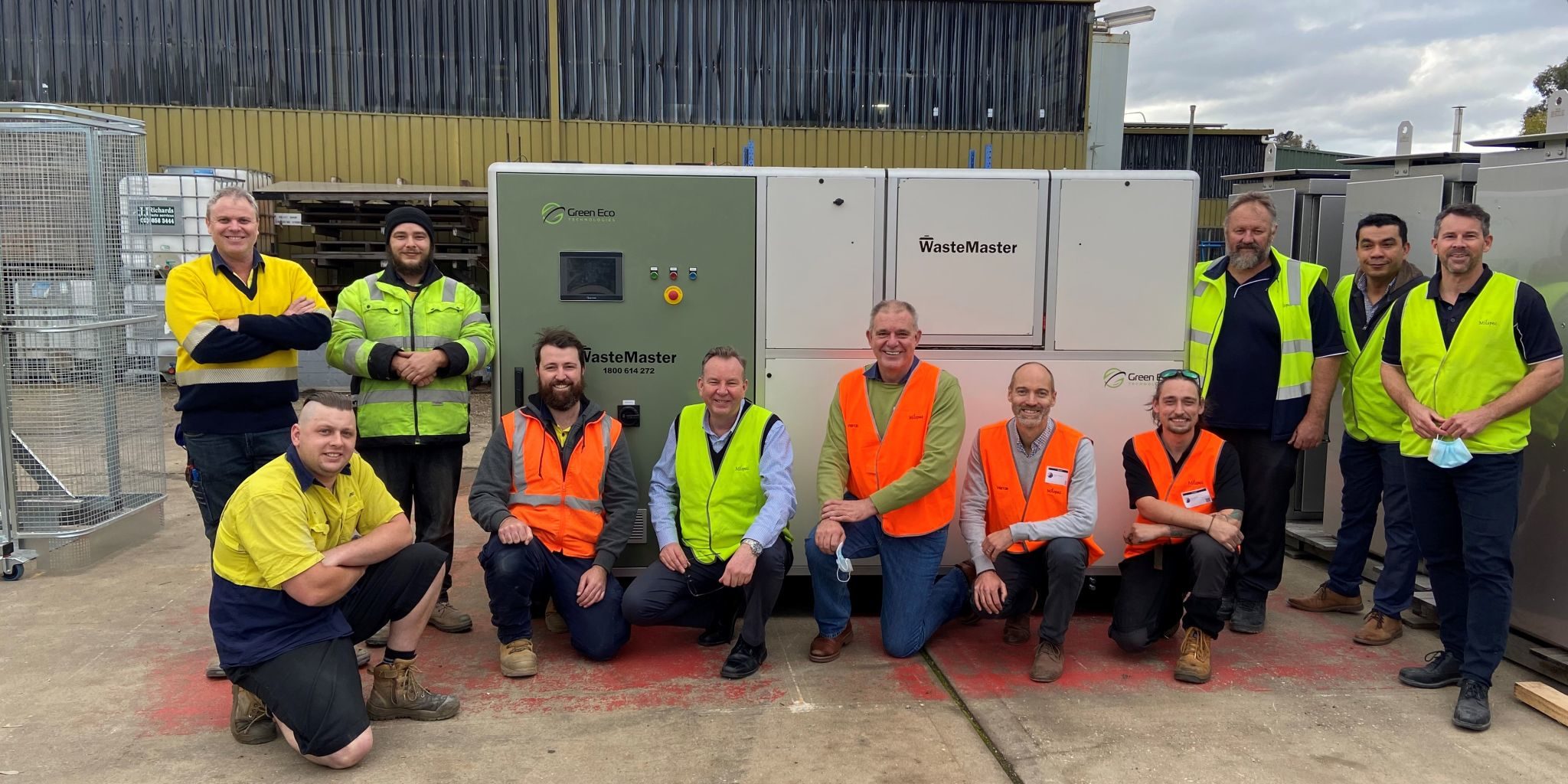 In the second-last day of @AuManufacturing’s Saving through smarter energy use series, we return to the subject of food waste-to-bioenergy, with a look at processing machinery business Green Eco Technologies. By Brent Balinski.

About a week ago a new piece of kit came off the line at Milspec Manufacturing. It wasn’t for Rheinmetall or BAE, both clients of the Albury company, but rather the first machine made under contract for a food recycling startup which recently reshored production from England.

Green Eco Technologies got started in Manchester in 2016 and had its first onsite waste processing machine installed at the Hilton Metropole Birmingham that year. Founders Rohan Dinn and Jasen Roen got homesick, however, and have gradually brought the business back here.

“We’re all Australian, all from Melbourne, and really wanted to come back,” Dinn, the Global Sales Operations Manager, tells @AuManufacturing.

Naturally, comparisons between the two countries come up a few times.

“Over in the UK [they] are so far in advance of Australia with respect to sustainability and the environment,” he adds.

Australia is awaiting the release of a federal bioenergy roadmap, and there seems a consensus among those interested in the subject that there is a lot of untapped potential.

In the United Kingdom, there has been a lot of effort and subsidies put into fostering a biogas industry. According to an article in The Independent last month there are now 685 anaerobic digester plants running, up 100 in four years. (An unintended consequence has been a concerning amount of edible food made into biogas rather than collected for the needy.)

Here, says Dinn, there are only three commercial facilities, at Sydney, Melbourne and Perth.

“There’s lots of ADs in farming, so you can’t just rock up there with your truck and your organics.”

Another nation that has invested heavily in recycling in South Korea, which Dinn says has pioneered the major recycling methods in use during the 1990s in response to law changes. The country now recycles 95 per cent of its food waste. Again, it hasn’t happened by accident, encouraged by “polluter pays” and other laws for households and businesses.

“You mash it up, you add water, you might add microbes and you flush it down trade waste.”

This method uses maybe 5 or 7 litres of drinking water for 1 kilogram of waste.

GET’s method belongs to the dehydrator family, but uses heat of 50 to 60 degrees Celsius (versus about 150) as well as a “Mixed Ion Reactive Approach” to strip water from and decompose waste, which gets reduced by about 80 per cent in volume.

“We’re radicalising that [oxygen] molecule, which gives it a negative charge, and… that’s applied with heat and airflow into a drum which has paddles which agitate the food waste,” Dinn explains, adding that this kills off microbes to remove pungent smells and breaks down organics at the cell level to turn them into a kind of compost.

The “Wastemaster” system uses no chemical additives and runs on three-phase power. The technology earned GET a place in the finals of last year’s Banksia Awards and Premier’s Sustainability Awards last year. 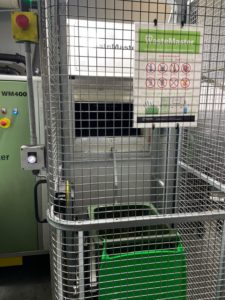 The residue left has high calorific value and retains nutrients better than using conventional dehydrators, according to the company, and can be converted to biogas in an AD or diluted and used as a soil improver.

The two sizes of Wastemaster machine have capacity of about 400 kilograms and 1 tonne per day of waste processed, with plans to design a 5-tonne version suited to food manufacturers and other higher-throughput customers.

R&D as a member of the ARC Training Centre for Green Chemistry in Manufacturing is ongoing, and focussed on properly understanding the qualities of residues made through different feedstocks. A machine is installed at Deakin University’s Waurn Ponds campus for this purpose.

Australian commercial installations include eight in Melbourne — among these at Burwood Brickworks Shopping Centre and the Melbourne Convention and Exhibition Centre — and nine in Sydney.

As for what would boost recycling and bioenergy activity in Australia, Dinn says that major policy changes are a must, and a federal goal of cutting food waste in half (from 2016/17 levels) by 2030 won’t happen without them. Deterring food going into landfill must involve new costs.

The exact end result of these, however, would be difficult to predict.

“One of the biggest challenges is where does all the end product go? We create all these recycling plants and we process it all, then where’s it going to go?” he says.

“You need government to stipulate that all food organics cannot go to landfill. That will drive innovation and investment directly to deal with food waste and what the by-products will be. Will there be more ADs? Will it go to composting? Will it be more fertilising?”